My Daughter, the Star

Last night Miss Maggie had her first stage debut as Mrs. Claus!  She was so nervous but she did a fantastic job!  I thought I was video taping the entire thing until the end when I realized that I never pushed the "record" button ... I'm such an idiot sometimes.  So, not only do I not have any photos of it, I don't have video either.  :(  She sure looked beautiful though ... on our way home last night she informed us that she was pretty sure that Miley Cyrus started out as Mrs. Claus too ... ah the mind of a 7 year old.  At least she has goals and dreams, right???  And after we got home she decided to pose for a few final photos ... in her PJ's and a pair of my boots.  What a girl! 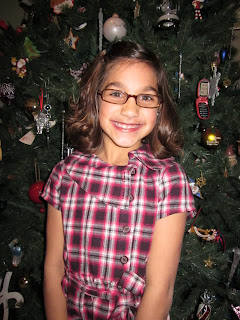 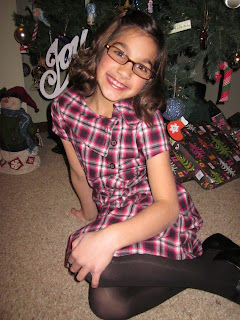 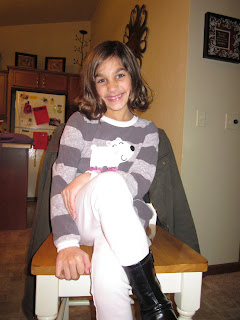 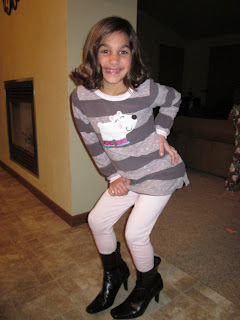